Your Business,
In German

Professional German Translations and Transcreations of Your English, French, and Dutch Texts

Master of Arts in Translation

Translations from English, French, and Dutch into German

Sworn Translator for English and French into German 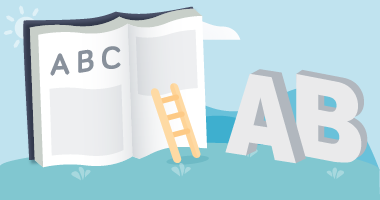 What kind of texts I work with:

I translate your English, French, or Dutch texts into German.

Reaching your customers effectively means talking to them in their own language. Germany and German-speaking countries are without a doubt a big market for most industries:

Don’t miss out on all these potential clients. Let me help your business find its German voice!

Professional translators do a lot more than just mechanically translate words from one language to another. Effective translations need to convey both the content and the tone of the original text. You need your German translations to evoke the same emotions as the original.

Language professionals know when it’s necessary to change the text, and when to add explanations which bridge cultural gaps. Often, I need to adapt the tone to match the reading preferences of your German readers.

[1] According to the Special Eurobarometer “Europeans and their languages”

[2] According to the Eurobarometer “User language preferences online”

Get In Touch Below. Ask Any Question or Request a Free Quote

What is the difference between translation and transcreation?

A transcreation is a creative, relatively free type of translation. When transcreating a document, I adapt the text more extensively than I would with a direct translation, to ensure the German text conveys the same message and emotions as the original. Slogans or advertisements are often best transcreated rather than directly translated. User manuals, by contrast, require precise translations to be effective. Get in touch if you need help choosing which type of translation service is most appropriate for your text.

How much does a translation cost?

Each text has its own unique needs, so I price each project separately. Prices depend on the length of the text, its complexity, and the timeline for completion. Contact me for a free, no-obligation quote for a German translation of your documents.

How does it work?

First, you’ll send me your texts, along with information on the goal of the text, why you’re translating it, and your project timeline. Of course, I will keep all this information strictly confidential. After reviewing your documents, I’ll send you a quote for what it will cost to complete the project, along with a delivery date.

Why work with a freelance translator instead of a translation agency or using machine translation?

Machine translation has its uses, but it should never be used for business-critical documents such as marketing materials or user manuals. Machine translated texts simply aren’t persuasive.

Translation agencies can be convenient, but most agencies outsource to a large pool of freelancers. By establishing an ongoing partnership with an individual German translator, you can be assured that the same person works on all your texts. In other words: The quality of the translation is uniform, and creates a unique, authentic voice for your business that’s consistent across all your German-language materials.

Yes, I can translate your IDML and INDD files. Ideally, you would also send me a PDF of the file so I can see what the original file looks like (e.g. in case of missing fonts).

What file types do you translate?

Non-editable documents (PDF, scans etc.) require more work, so I charge a supplementary fee for those.

I need a certified German translation of my document. Do you offer this service?

I offer certified or sworn translations from English and French into German. I was sworn in at the Saarbrücken District Court (Landgericht Saarbrücken) in Germany. Therefore, my translations are usually accepted throughout Germany, if the authority in question doesn’t give any special requirements. If your translation is destined to be used in another country, please make sure that the respective authority will accept it.

I will need a high-quality copy or scan of your document for the quote and the translation.

How much does a sworn translation cost?